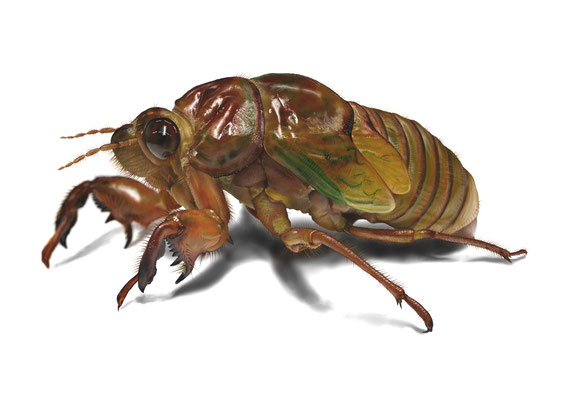 Four individuals of nymphae were dissected to observe inside of old nymphal skin, especially to know folding patterns of new adult wings. But soon after removing old skin, adult skin starts to turn darken probably because of the effect of phenol oxidase against their hemolymph. It was conflict against limitation of time. 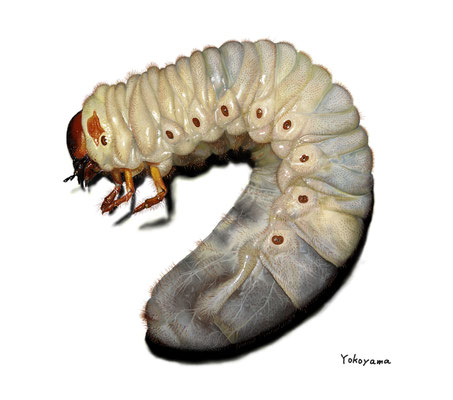 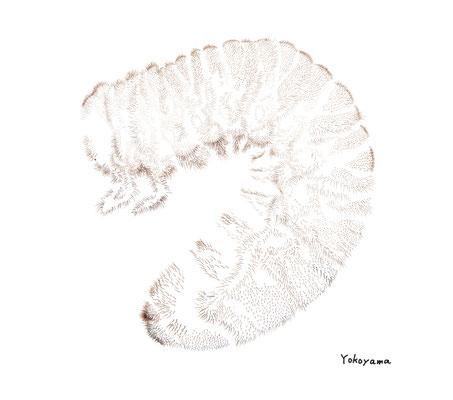 During making, especially hard part was that the drawing of hairs of this insect in the finishing stage. The hairs were drawn at other layer. When the layer is displayed only, it looks like man's chest hair that removed with adhesive tape. 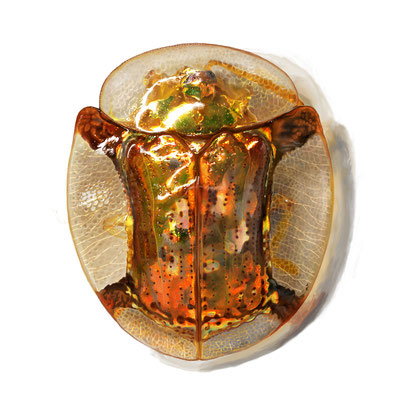 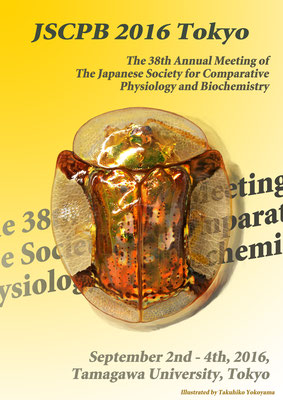